JK&B Capital is a venture capital firm focused in the software, IT and communications markets with over $1.1 billion of capital under management.

Founded in 1996, JK&B has built a track record of generating exceptional returns for investors by identifying and investing in companies with technologies which have been critical to the growth of the world’s information economy.

A key to JK&B’s success has been its ability to leverage its substantial technology domain expertise to identify, analyze and access the most promising emerging technologies and the companies behind them. JK&B then provide these companies with financial support, strategic guidance and most importantly technical guidance to help them grow and prosper.

JK&B’s Partners have come from senior management positions at some of the most successful firms in the technology industry.

JK&B is typically the lead investor in a funding round and its involvement extends well beyond board participation.

JK&B believes that there is a changing definition of success in the VC industry, and that firms that will flourish will be leaner, technically astute, and highly focused.

JK&B Partners are recognized in the industry as thought leaders, industry visionaries and highly sought after value-added Partners within their areas of expertise: 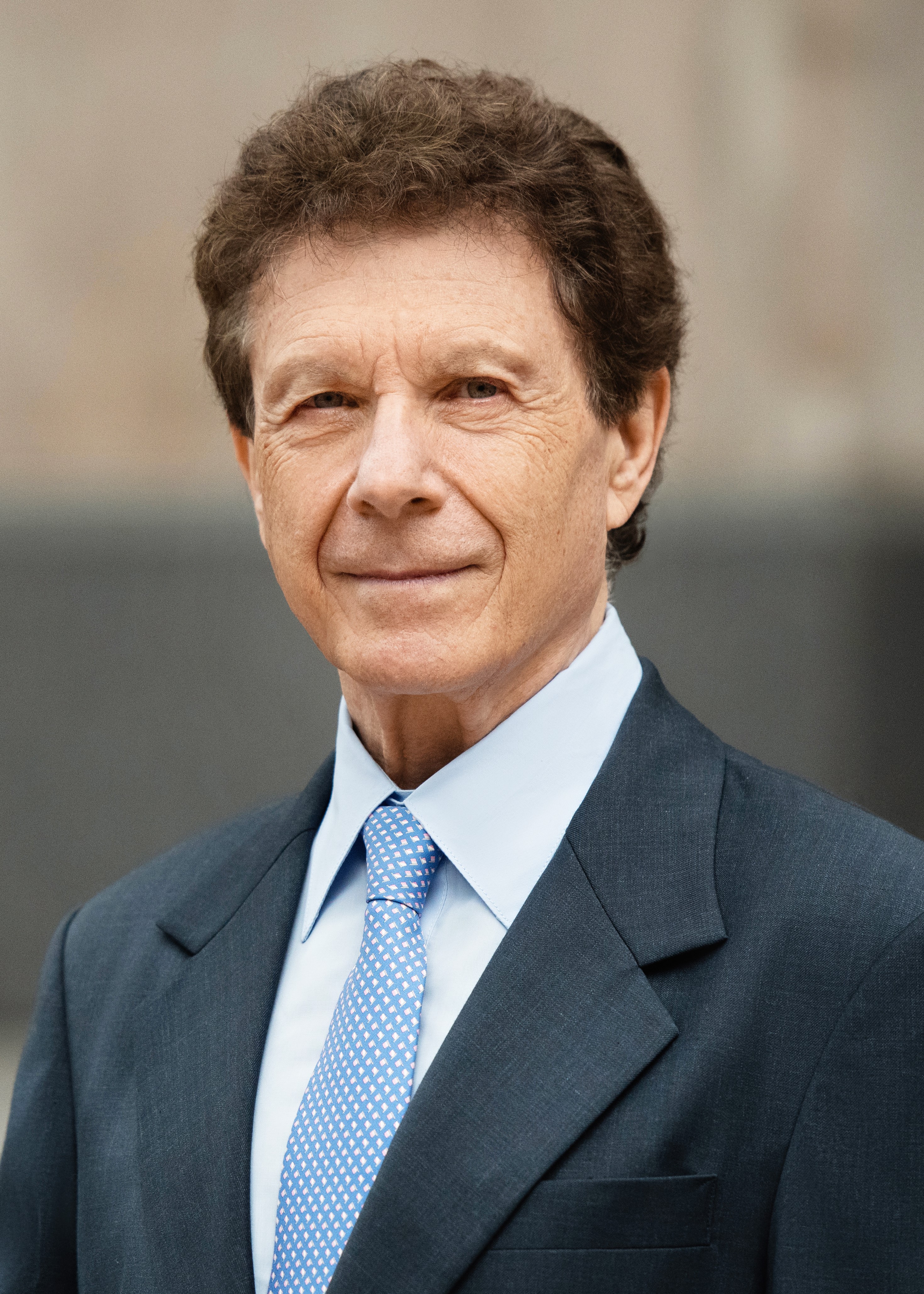 Robert Humes
Partner, Communications
Mr. Humes has 35 years of experience in the telecommunications industry. Prior to joining JK&B in 1997, Mr. Humes was with Ameritech, where he was the Vice President of Engineering and Technology, Ameritech's highest level "technical" executive. In this capacity, Mr. Humes headed an organization of over 9,000 people and was responsible for all aspects of corporate-wide network engineering, technology development and implementation. Prior to that, Mr. Humes was Vice President, Operations for Michigan Bell, where he was responsible for 20,000 employees. Mr. Humes started his career at Bell Labs and was on the original design team of cellular telephony, and was involved in the original Chicago trial, which was the first trial of cellular telephony in the United States .

Mr. Shadman earned a Ph.D. in Electrical and Computer Engineering, an M.S.E.E. and a B.S.E.E. from Oregon State University.Mr. Shadman is on the Board of Directors
Albert DeValle, Jr.
Partner, Communications
Mr. DaValle has over 23 years of experience within the communications industry.  Prior to joining JK&B, Mr. DaValle was Vice President of Engineering and Construction for Ameritech. In that role, Mr. DaValle was responsible for Ameritech's annual $2 billion capital program and leading Ameritech's engineering organization charged with responsibility for all network design and engineering, technology development and network construction. Prior to this assignment, Mr. DaValle held a series of jobs with increasing responsibility in the areas of technology development and engineering within Ameritech, all involving the specification, selection and implementation of new technologies (e.g. ISDN, SS7, IN, AIN). Mr. DaValle also worked at Belgacom in Brussels (the national telecommunications company in Belgium ). At Belgacom, Mr. DaValle was the Vice President of Technology, where he was responsible for network planning/design, technology/product selection and introduction and product development. In addition, he was on the board of directors for Proximus (the cellular GSM market leader in Belgium ). Prior to Ameritech, Mr. DaValle worked at Sprint where he was a Senior Planner on the team that designed the architecture and topology for the Sprint national fiber network.

Mr. DaValle earned a Bachelor of Science in Electrical Engineering from Purdue University, where he has served eight years on the School of Engineering Advisory Board. He also earned a Masters in Management from Northwestern University 's Kellogg School of Management.
Thomas Neustaetter
Partner, Software
Mr. Neustaetter has over 20 years of experience as an investor and investment banker, including more than 15 years of venture capital and private equity investment experience. Prior to joining JK&B, Mr. Neustaetter was a Partner of The Chatterjee Group, an affiliate of Soros Fund Management, where he focused on venture capital investments in the telecommunications and software industries. Prior to The Chatterjee Group, Mr. Neustaetter was the President and founder of Bancroft Capital, a consulting firm.

Before founding Bancroft, Mr. Neustaetter was with Chemical Bank (now JP Morgan) for eight years where he founded Chemical Venture Partners-Northeast and was Head of Middle Market Investment Banking. In addition, Mr. Neustaetter served as Chief Financial Officer of First Reserve Corporation, an energy investment fund, for five years and was a Senior Tax Accountant at Price Waterhouse for three years.Mr. Neustaetter earned a Bachelor of Arts Degree in Philosophy with great distinction (Phi Beta Kappa) from the University of California, Berkeley and a Master of Business Administration and Master of Science in Information Science from the University of California, Los Angeles.Mr. Neustaetter is on the Board of Directors
Marc Sokol
Partner, Software
Mr. Sokol has more than 30 years of experience in the information technology industry. He has been an active venture capital investor for 9 years with JK&B Capital. Prior to joining JK&B, Mr. Sokol held a number of senior management and technical positions at Computer Associates International, Inc. (CA). These include Senior Vice President and General Manager of Global Marketing, Senior Vice President of Business Development and Senior Vice President of Advanced Technology. Prior, Mr. Sokol was responsible for a number of engineering development projects at CA.

Prior to CA, Mr. Sokol was co-founder of Realia, Inc., where he co-authored the Realia COBOL compiler, runtime and various utilities. In 1991, he sold his company to Pansophic Systems, Inc., which in turn was acquired by CA. Early in his career, Mr. Sokol was a software developer at NASA's Goddard Space Flight Center.

Mr. Sokol is widely recognized as an authority on Internet and infrastructure technologies, including enterprise management and information security as well as 3-D visualization. He testified before the U.S. Congress on the Year 2000 computer challenges, and addressed the United Nations on the challenges of managing global computing infrastructures. He also has spoken frequently at seminars for chief information officers on maximizing business value from information technology.
Tasha Seitz
Partner, Software
Ms. Seitz joined JK&B Capital in 1997 and has focused on the software sector, working with companies such as Interwoven, Andromedia, Synchrologic, and Reactivity.  Prior to joining JK&B, Ms. Seitz was an information technology industry analyst at Gartner Group advising Fortune 500 and Global 1000 clients in their implementation of technology over a five-year strategic planning horizon. She worked in the areas of Local Area Communications and Applications Development & Management before founding Gartner's Multimedia service in 1993. While at Gartner, Ms. Seitz advised on electronic publishing and led efforts to deliver research to Gartner's clients in multimedia.Ms. Seitz earned a Bachelor of Arts in Psychology from Wellesley College and a Master of Business Administration from the Stanford Graduate School of Business.Ms. Seitz is on the Board of Directors
Nancy O’Leary
Partner, CFO
Prior to joining JK&B in 1999, Ms. O'Leary founded and ran Keystone Associates, a provider of accounting and back office services to venture capital funds in the Chicago area. JK&B was one of Keystone's clients, and Ms. O'Leary has been responsible for providing JK&B with controller and back office services since its inception. Previously, Ms. O'Leary was the Controller for Capital Health Venture Partners, a $40 million venture capital fund. Before that, Ms. O'Leary was with Lanac Technology, a software and computer network consulting firm, where she managed the installation and conversion of accounting systems for clients in the Chicago area. Prior to that, Ms. O'Leary spent eight years with CORS, Inc., a human resource consulting firm, where she was Director of Finance.Ms. O'Leary earned a Bachelor of Science in Psychology from Bradley University.
JK&B Capital
Two Prudential Plaza
180 N. Stetson Avenue, Suite 4300
Chicago, IL 60601 USA
(312) 946-1200